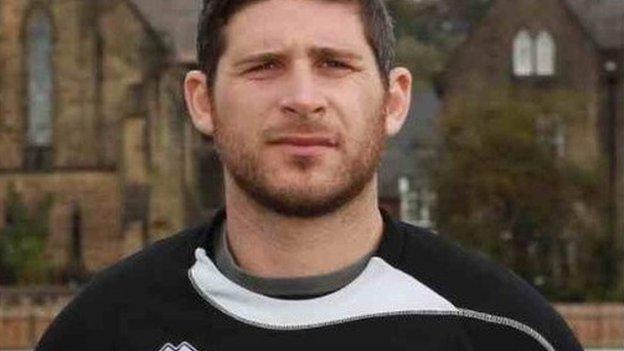 A non-league player has been suspended until 1 October by the Football Association after attempting to attack a rival supporter.

Ex-Goole captain Karl Colley, 30, tried to punch the fan after being sent off against Coalville in January.

Manchester United legend Eric Cantona was suspended for nine months by the FA in 1995 for a kung-fu kick on a Crystal Palace supporter after being sent off in a Premier League match. The altercation between Colley and the Coalville fan happened 19 years to the day after Cantona's infamous kick.

He was subsequently sacked by the Northern Premier League First Division South side.

Following his dismissal for a bad tackle, Colley, a former Newcastle United trainee, reacted angrily to chanting from away fans, went into the stands and aimed a punch at one supporter after initially being held back by staff, including Woodhouse, who used to play for Sheffield United and Birmingham City.

The FA said in a statement: "Following an Independent Regulatory Commission hearing, Karl Colley has been suspended from all football and football activity with immediate effect until 1 October 2014.

"The former Goole AFC player admitted an FA improper conduct charge in relation to behaviour which followed his dismissal in the 54th minute of the game against Coalville Town on 25 January 2014, which fell outside the jurisdiction of the match officials.