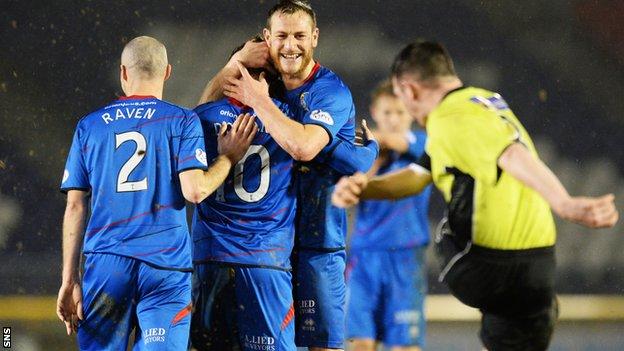 The tie will be played at the Caledonian Stadium on Sunday, 9 March with a 12:30 GMT kick-off.

Inverness booked their last-eight spot with a replay win against Stranraer while United accounted for St Mirren.

Aberdeen, who knocked out holders Celtic in the previous round, are at home to Dumbarton.