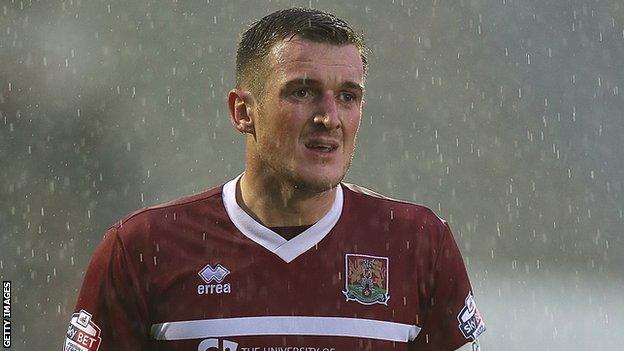 League Two bottom club Northampton Town will be without captain Lee Collins for the rest of the season because of a foot tendon injury.

The 25-year-old centre-half had to go off in the second half of the 2-0 home defeat by Plymouth on 8 February.

Boss Chris Wilder has turned to Gregor Robertson to replace Collins, who has played 25 times this season.

"It is a major blow and he will undoubtedly be a big miss for us," Wilder told the club website.

"I've been really impressed with Lee, not just as a player but as a personality and it is times like this when you want your big characters who relish the challenge.

"I don't want to make too many more changes to the squad because we've done that now, but with Lee's injury that might be an area that we do look at.

"It's a key area and it's important that we can be as strong as possible in that department."