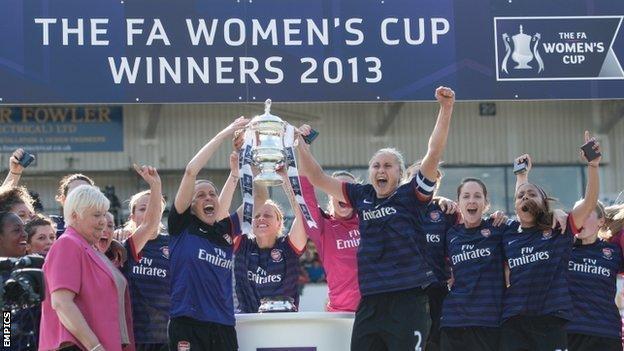 The 2014 FA Women's Cup final will be held at Stadium MK on Sunday, 1 June and will be broadcast live on BBC Two.

It will be the second successive final shown on the BBC, following Arsenal's triumph over Bristol Academy.

The FA Girls' Youth Cup final will take place on the same day.

Oram added: "We were impressed with the enthusiasm MK Dons showed to stage the final on our behalf and we are sure they will do a magnificent job, with the help of the City Council and the Berks and Bucks County FA.

"And to once again have the support of the BBC is absolutely fantastic.

"The BBC broadcast all three of England Women's home World Cup qualifiers last year and we look forward to more excellent coverage of women's football throughout 2014."