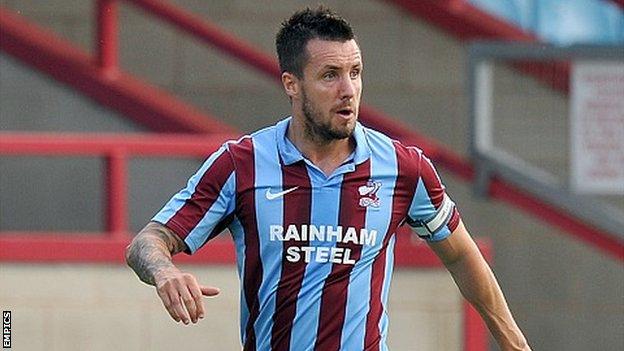 AFC Wimbledon have increased their midfield options by signing Scunthorpe United captain Michael Collins on loan until the end of this season.

The 27-year-old made 197 appearances for Huddersfield before joining the Iron in 2010.

He has made 64 league appearances for Scunthorpe, but has recently been restricted to the bench.