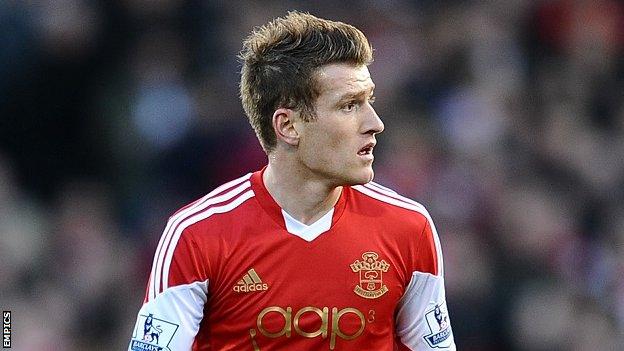 Southampton midfielder Steven Davis believes he is in his most consistent form since joining the club in 2012.

The former Rangers skipper has become a key member of Mauricio Pochettino's midfield formation, as the Saints have risen to eighth in the Premier League.

He told BBC Radio Solent: "At the start of this season I had to bide my time and when I got my opportunity, I just tried to show the best of my ability.

"I feel I am doing that and achieving a decent level of consistency."

Davis has made 13 consecutive starts since Pochettino adjusted his midfield formation to leave Jack Cork in a holding role, with Davis and Morgan Schneiderlin working to create openings ahead of him.

"I think the way the manager sets us up brings out the best in all of us, not just myself," said Davis, who at the age of 29 has already won 65 international caps for Northern Ireland.

"We all understand each other's games and the way we push the full-backs on gives us a lot of width and attacking threat.

"That allows me to maybe get on the ball a little bit deeper at times and try and start attacks from there.

"Also, there's a freedom to go and play whenever you get the chance to go and find pockets of space - and I feel that's something I'm quite good at.

"There's a real good balance to the team at the minute, but I do feel there is more to come both from myself and the team, and hopefully between now and the end of the season we can show that."