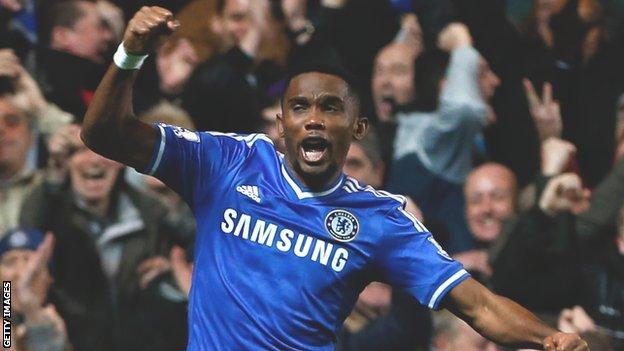 Eto'o was signed by Chelsea from Anzhi Makhachkala in August and Finke feels the move has benefitted Cameroon as well as the 32-year-old himself.

"I'm very pleased he has left behind his Russia experience and now I think that at Chelsea he's coming back to his best level," said Finke.

"He is Cameroon's best player and can make the difference at the World Cup."

Eto'o has scored eight goals in 26 appearances for the Blues, including a hat-trick against champions Manchester United in January, but hasn't found the net in his last six matches.

And Finke is not expecting the four-time African player of the year to be able to carry the team on his own at the 12 June to 13 July tournament in Brazil.

The Indomitable Lions have been drawn in World Cup Group A along with hosts Brazil, Croatia and Mexico.