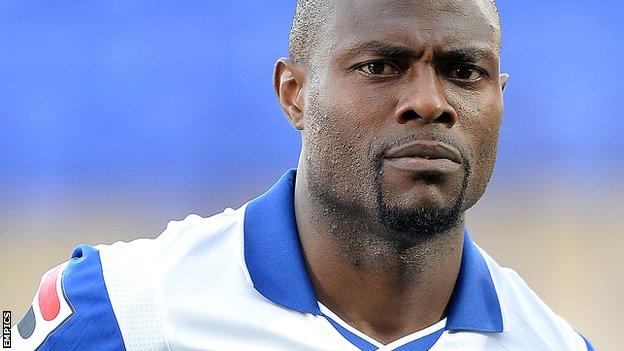 Efe is assistant to manager John Askey at the Moss Rose.

Akpo, 34, joined Rovers at the start of the campaign after spells playing in League One with Preston and Scunthorpe last term.

But he has failed to score in 11 outings for Tranmere and last played for them in November.

Macclesfield are 11th in the Conference Premier, nine points from a play-off spot, but have games in hand on many of the teams above them.