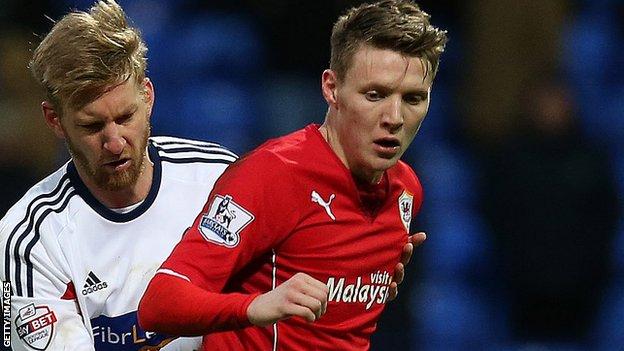 Cardiff City striker Joe Mason has joined Championship side Bolton on loan for a second time and will remain with them until 12 April.

The 22-year-old played eight games during a loan spell with the club earlier in the season, scoring once.

Since returning to Cardiff, he has featured only once under new boss Ole Gunnar Solskjaer - a winner against Bolton in the FA Cup.

Dougie Freedman's Bolton are 19th in the table and host Watford on Saturday.