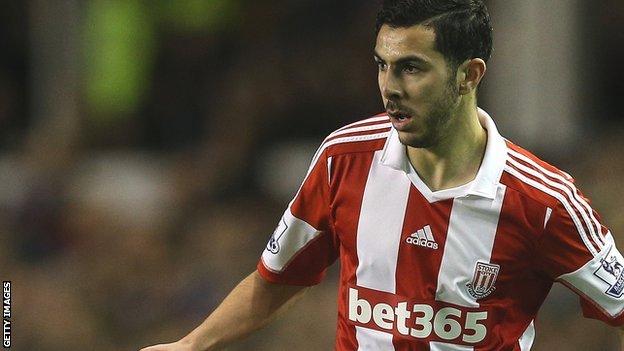 Assaidi has scored four times in 22 games for the Potters this term, having made only 12 appearances for Liverpool last season.

"He got a block tackle in training and just opened up his knee ligaments," boss Mark Hughes told the club website.

"He is going to be out of action for a little while. We obviously hope that he is going to be back sooner rather than later, but it is one that we will just have to wait on unfortunately."

A statement on Stoke's website added that, while Hughes would not put a timescale on Assaidi's absence, "he will be absent for at least a number of weeks".

"We are trying to push him on a bit further now because we have had to take our time with him after having a few initial set-backs," Hughes added.

"He is starting to cope with the work we are asking him to do which is encouraging, and hopefully we can step him up again now."