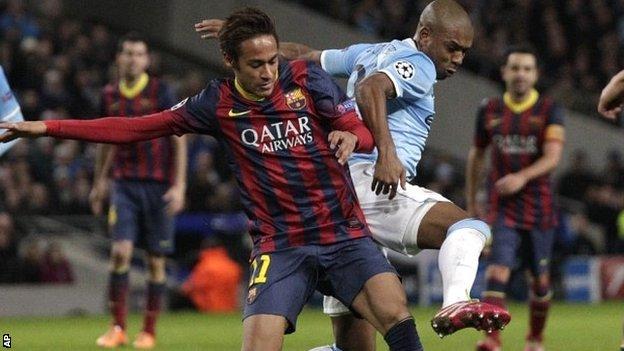 Barcelona have been formally accused of a 9.1m euro (£7.5m) tax fraud in connection with the signing of Neymar.

A judge in Spain has ruled there is sufficient evidence against Barcelona to continue investigations into the Brazilian's move from Santos in June.

There has been no formal charge and Barcelona said their dealings over the transfer were at all times legal, "in light of the information available".

He is also being investigated but denies any wrongdoing.

At the time of the move Barcelona said they had paid 57m euros for the player but it is alleged that, if other contracts are taken into account, the actual cost of the player was far greater.