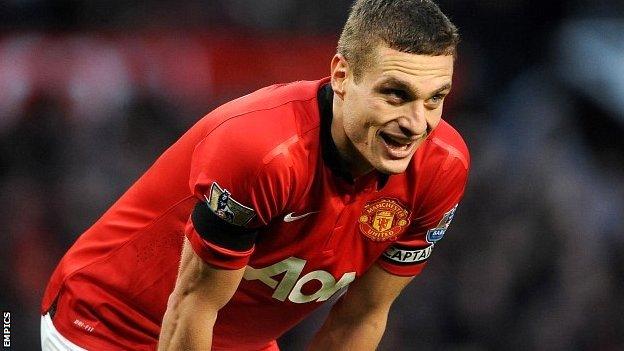 The ex-Serbia defender, 32, becomes a free agent at the end of the season, with the Italian club keen to sign him.

Thohir told Inter's website: "I don't want to announce something that's 90% done. I think it's better to make an announcement when it's complete.

"I don't want to speak on something that's not done yet."

Vidic, who has been at Manchester United since 2006 after a £7m move from Spartak Moscow, confirmed earlier this month he would be playing abroad once his contract with United expired this summer.

He said on 7 February: "I have decided that I will move on at the end of this season. I want to challenge myself again and try to make the best of myself in the coming years."

Inter are fifth in Serie A, 11 points behind third-placed Napoli, who hold the last qualifying spot for next season's Champions League.

And the Serie A side, managed by Walter Mazzarri, are keen to strengthen their defence, having conceded more league goals this season than other other team currently in the top six.