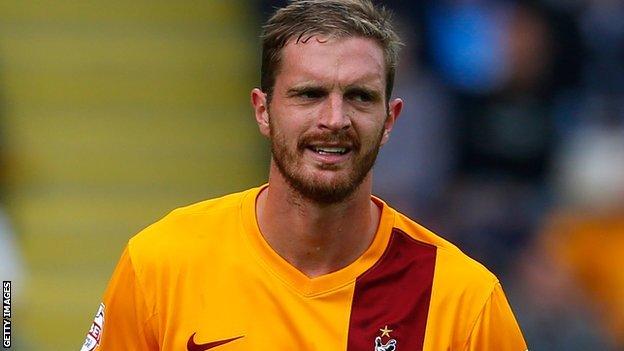 Forest Green Rovers defender Luke Oliver has extended his contract with the club until the end of next season.

The 29-year-old joined Forest Green shortly after leaving Bradford City by mutual consent at the end of January.

He initially agreed a deal until the end of the season, with the option of a further year which he has now taken up.

Oliver told the Rovers website: "I've been really impressed with the club, the quality of the squad and the way the manager works with the players."

Following a series of postponements because of adverse weather, Oliver eventually made his debut for Rovers on 18 February in a 2-2 draw away to Aldershot.

"It was brilliant to get 90 minutes under my belt," said the 6ft 7ins centre-half. "We could have won the game comfortably, but the pitch played a factor."

Looking ahead to his home debut against Southport at The New Lawn on Saturday, he added: "We haven't lost yet in this calendar year, so we still have that momentum with us. Let's just see what we can do."

Oliver has made 312 appearances so far in a career which has included spells at Yeovil, Stevenage and two at Wycombe.