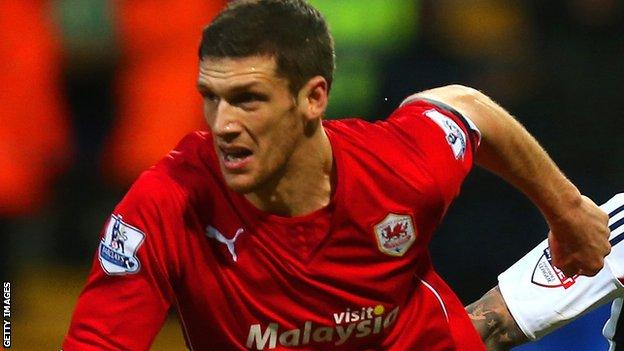 Cardiff City club captain Mark Hudson will miss the rest of the season because of a hamstring injury.

The 31-year-old central defender was injured during Cardiff's loss at Manchester United on 28 January.

"Unfortunately I am out for the rest of the season," he said on Twitter. "The hamstring injury at Man U was worse than first thought."

In March 2013, Hudson was sidelined for the remainder of the 2012-13 season following ankle surgery.

Guildford-born Hudson, who joined the Bluebirds from Charlton in 2009, has made just two Premier League appearances for the struggling Welsh side this season.