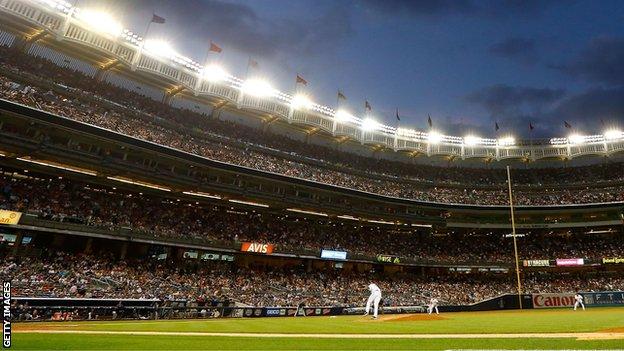 Manchester United will also feature in the eight-team tournament, which will take place across the United States.

United are in a group featuring Real Madrid, Inter Milan and Roma, while AC Milan and Olympiakos feature in the same group as City and Liverpool.

City's return to Yankee Stadium, where they beat Chelsea 5-3 last May, comes as they prepare for the full launch of their New York City FC Major League Soccer franchise in 2015.

Their meeting with Liverpool comes three days after facing AC Milan in Pittsburgh, while they take on Olympiakos in Minneapolis on 2 August.

Liverpool will play Olympiakos on 27 July in Chicago and, after facing City, take on Milan in Charlotte, North Carolina on 2 August.

United announced fixtures against Roma in Denver on 26 July and Inter Milan in Washington DC on 29 July.

No date has been announced for United's game with Real Madrid.

The tournament starts on 24 July, 11 days after the end of the World Cup in Brazil, and three weeks before the start of the 2014-15 Premier League season on 16 August.