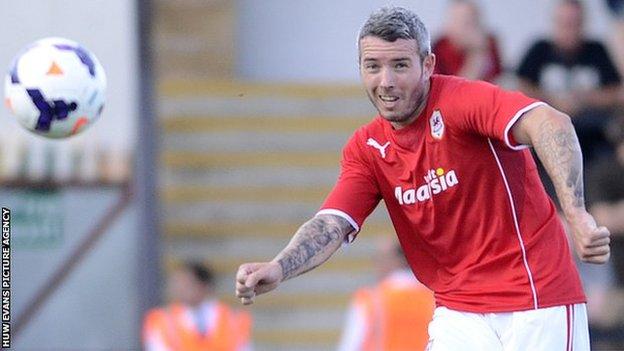 Cardiff City manager Ole Gunnar Solskjaer has explained why he has rewarded Kevin McNaughton with a new one-year contract.

Full-back McNaughton did not feature in the Premier League under previous manager Malky Mackay and was sent to Bolton on loan in October.

But the 31-year-old, who was out of contract at the end of the season, has since played six times under Solskjaer.

"Kevin is such a top-top professional," Solskjaer said.

"He's a fantastic character to have in and around the place and he's really impressed me with his football as well.

"He's now made his debut in the Premier League - he did it against Arsenal. He's played some games and he's a player you want in your dressing room."

McNaughton, who has been capped four times by Scotland, joined Cardiff from Aberdeen during the summer of 2006.