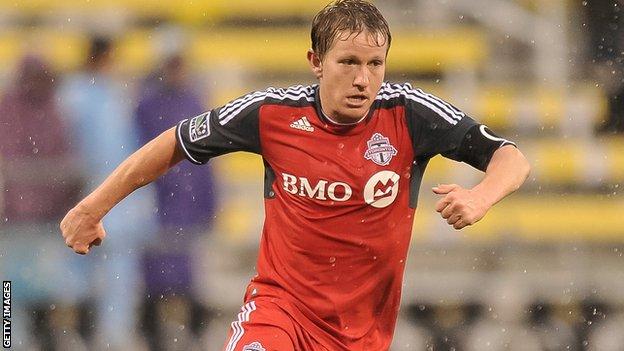 Oldham have signed Canada international Terry Dunfield on a contract to the end of the season following a trial.

Midfielder Dunfield, who turned 32 on Friday, began his career at Manchester City and has also played for Bury, Macclesfield and Shrewsbury.

Born in Vancouver, he returned to his homeland in 2010 and has won 14 caps.

"With the loss of Anton Rodgers to injury, I didn't feel we could take any chances. Terry has good pedigree," boss Lee Johnson told the Oldham website.

Dunfield, who left FC Toronto last October, could make his Latics debut in Saturday's home League One game against Gillingham.