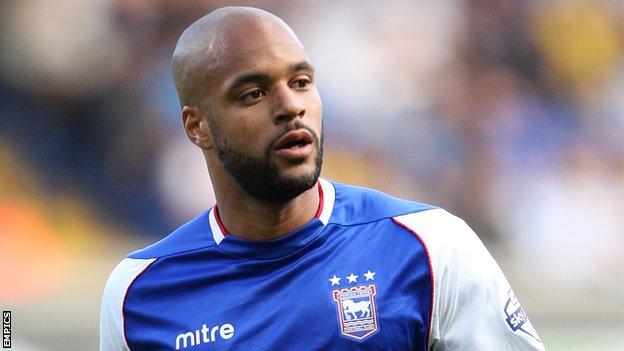 The 26-year-old top scorer is expected to miss the rest of the season with knee ligament damage.

"All the ones that think they should be playing every week - Paul Taylor, Sylvan Ebanks-Blake, Frank Nouble - opportunity knocks for one of them," McCarthy told BBC Radio Suffolk.

"And I wonder who's going to loan me somebody as good as David McGoldrick."

Half of Ipswich's last 18 goals have been scored by David McGoldrick.

He added: "Probably unlikely that, isn't it?

"So all the ones that have been travelling and doing their jobs properly - it's their time for an opportunity.

"You give them an opportunity, if it doesn't work then that's when you look at something else."

McGoldrick had been in fine form before being struck by injury against Blackpool, scoring in all of his three previous matches and tallying 16 for the campaign.

Daryl Murphy is the next highest scorer with eight and fellow forwards Taylor, Nouble and Ebanks-Blake have four goals between them.

"It's a huge blow for me, the team, the club and for him because he's had such a good season," said McCarthy.

"He'd have loved to have got the 20 goals, that would have been a great achievement for him.

"Now opportunity knocks for somebody else - to stand up and be the hero. Because he has been our talisman."