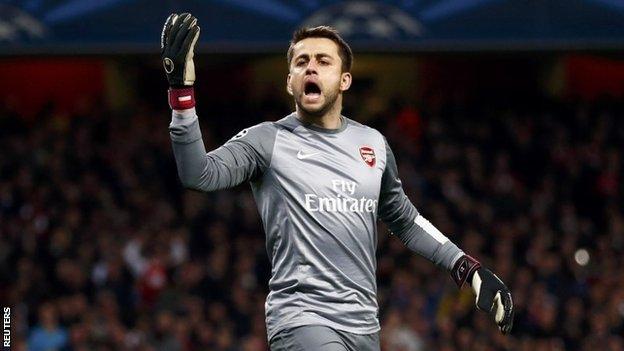 The 28-year-old Poland international has made only 31 league appearances in seven seasons at Emirates Stadium.

He is out of contract at the end of the season and has turned down a new deal.

Wenger said: "Of course it is a possibility that it is his last campaign with us because he wants to play somewhere but if he changes his mind, my door is open."

Fabianski, who signed from Legia Warsaw in 2007, is second choice at Arsenal to fellow Pole Wojciech Szczesny, five years his junior.

He has made six appearances this season, all in cups, with the most recent coming from the bench on Wednesday against Bayern Munich after Szczesny was sent off.

Earlier this month, Fabianksi said: "I want to be number one in the club and in the Polish national team. I have learned a lot at London during very positive and challenging periods.

"With biggest respect to this great club, I didn't accept the extension offer as I am looking forward to a new challenge in England or abroad."