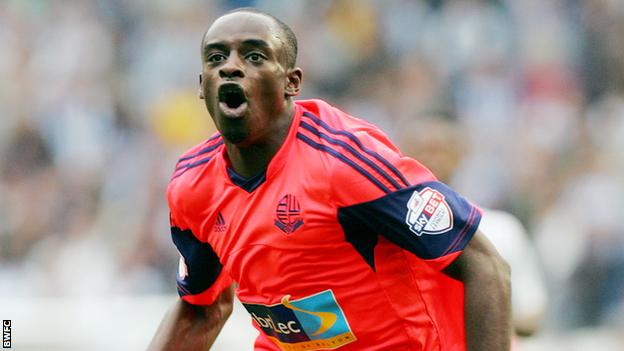 Odelusi, 20, made his Wanderers debut last season and has featured a further eight times this term, six of those appearances from the bench.

He scored twice in a League Cup win over Shrewsbury in August.

Midfielder Potter, who is currently out with an Achilles injury, has signed a two-year contract extension, keeping him at the Dons until summer 2016.

The 28-year-old has made 137 appearances since joining the League One club from Sheffield Wednesday in 2011.

Boss Karl Robinson told the club website: "He's been consistently one of our best performers over the past three seasons.

"If you look at peaking, the next two years should be the best of his career."