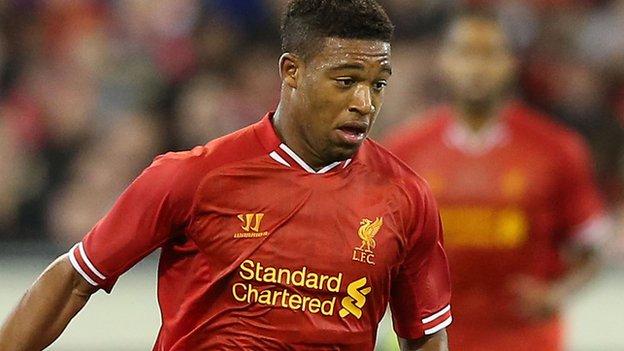 Liverpool winger Jordon Ibe has joined Championship club Birmingham City on loan until the end of the season.

The 18-year-old featured as a substitute in Liverpool's emphatic 5-1 Premier League win against Arsenal earlier this month.

It was only the England under-19 international's third senior appearance for the Reds since moving to Anfield from Wycombe in 2011.

Ibe is available to make his Blues debut against Blackpool on Saturday.

He was only 15 when he made his senior debut for Wycombe in August 2011 and followed that up by scoring his first professional goal two months later, following a superb run and finish, in a 2-1 loss to Sheffield Wednesday.

His move to Liverpool followed in December, but it was not until their final game of the 2012-13 season that he made his senior debut, starting in a 1-0 victory over Queens Park Rangers.

Ibe also scored on his England U19 debut, a 6-1 victory over Estonia in September.