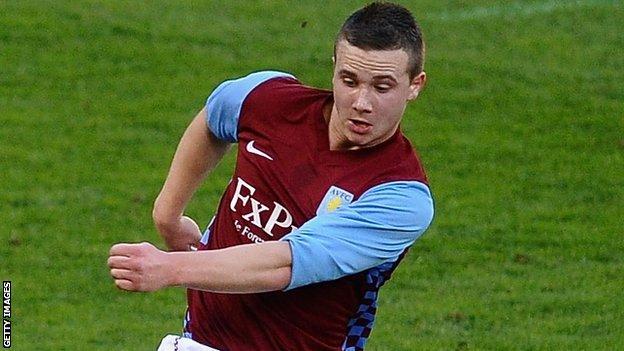 Portsmouth have signed Aston Villa striker Michael Drennan on a one-month youth loan, subject to approval from the Football League.

The 20-year-old recently returned from a loan spell with League One Carlisle, where he made six appearances.

"Michael can get in behind people and gives us the ability to get further up the pitch.

"He's been a real threat whenever I've seen him play for Aston Villa," boss Richie Barker told the club website.

"He's a bit unusual in the sense that most youngsters today want to play short to feet.

"We have been watching him for a few months - I wanted to take him when I was at Crawley - but he was in and around Villa's first team squad."