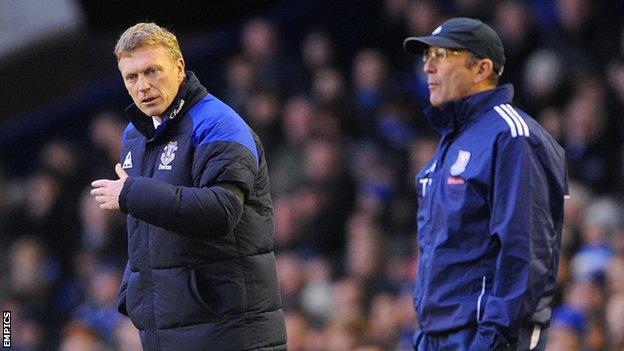 Pulis has turned Palace around since his November arrival, taking them from six points off safety to 15th place.

They host United on Saturday.

Moyes said: "He has showed all his experience. A lot of people were writing Tony off during his time at Stoke but he hasn't half gone in there and made a few people eat their words."

However, Pulis must approach this latest meeting in his new role with real hope. This season so many teams have ended sorry sequences of failure against Manchester United (including Stoke) that Pulis is entitled to think that his own personal record might be next.

Pulis left Stoke in May after seven years in charge and replaced Ian Holloway at Palace five months later. He has led them to seven wins from 15 matches in all competitions.

"You can talk about whatever you want, but results are what matter and you have to think about where Crystal Palace were and where they are now," Moyes said on whether their style of play was worse under Pulis.

"What matters to Tony is results and he's very good at getting them.

"Tony always has his sides well organised and well drilled. The players are made well aware of how he wants them to play and what's expected from them.

"He's had great success throughout his career. He's been a really successful manager in the Premier League."

Moyes has not given up on a place in the top four for his side, despite sitting 11 points behind Liverpool.

"We have to try, don't we?" the former Everton boss said. "We have to try to get as close as we can and see if we can put some pressure on the teams above us."