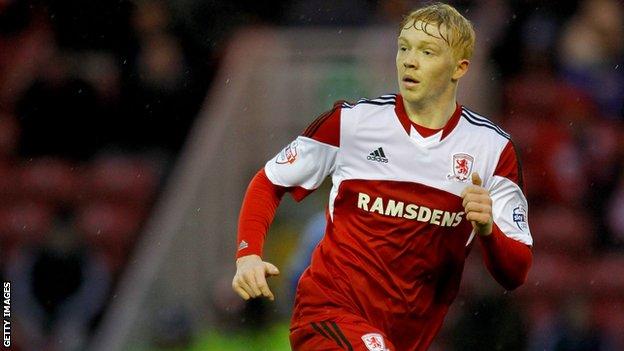 Hartlepool United manager Colin Cooper has tipped the on-loan Luke Williams for a bright future in the game.

The 20-year-old forward having started just once in 12 months for parent club Middlesbrough.

He has scored twice in six games since, but at present his one-month deal ends after

"All we've done over the past month is allow Luke to express himself. He's so talented and I know he'll have a great football career," Cooper told BBC Tees.

But he has struggled to secure regular football since, and after a year without starting a match was hauled off midway through their in January.

"So although I've had conversations with Boro to try and keep him, we'll have to see because they might decide to bring him into the first team."