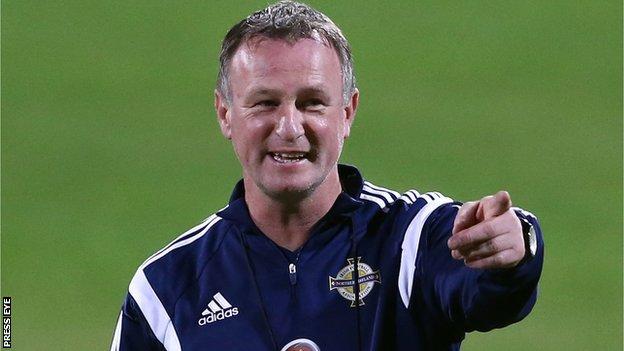 Northern Ireland will face Chile in Valparaiso on 4 June as part of the South American country's preparations for the World Cup in Brazil.

The match will follow a game against Uruguay in Montevideo on 30 May.

Northern Ireland have played Chile on three previous occasions, losing by a single goal on each occasion.

"I hope to have a strong squad for the games as this will be our final chance to prepare for the start of the Euro qualifiers," said boss Michael O'Neill.

"Having the opportunity to play top class opposition like Uruguay and Chile will be great experience for the players."

Northern Ireland lost 1-0 to Chile in Belfast in May 1989 and were again defeated 2-1 in Edmonton in a Canada Cup match in May 1995, Iain Dowie scoring the goal.

Northern Ireland's next game will be a friendly against Cyprus on 5 March, with the squad for that fixture to be announced next week.

Prior to that, the draw for the Euro 2016 qualifying groups will be held in Nice on Sunday.