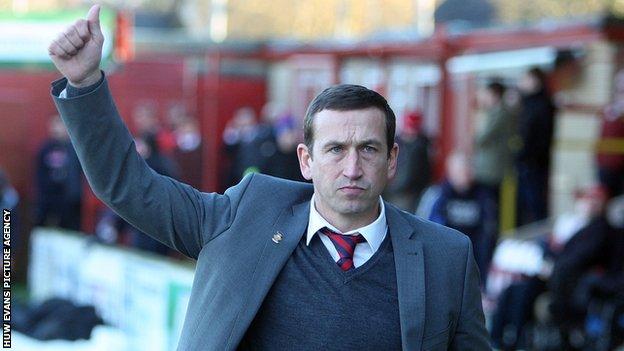 Justin Edinbugh says Newport County fans have an important part to play in the club's bid to reach the League Two play-offs.

The 3-2 win over Oxford United on Tuesday was County's first home game in over a month following a series of postponements.

Cheltenham on Saturday will be the second of five consecutive home games.

"Hopefully the crowd will turn up again in their numbers and give us that special vocal support," he said.

"I think we're going to need that more than we did Tuesday because it's not a high profile game.

"But we need to make sure we keep the home form running. Our home form has been fantastic up to now and we want to try an continue that on Saturday.

"It gives us a chance to get some momentum back and try and claw back the points on the teams above us."

Victory over Oxford on Tuesday was Newport's first league win in seven games and maintained their impressive form at Rodney Parade.

The Exiles have only lost twice at home in the league this season however their campaign has been disrupted by the recent bad weather.

Newport are currently eighth in League Two, eight points off the play-offs, following promotion from the Conference.

Edinburgh has been pleased with his side's progress so far this season despite at times having to deal with a lengthy injury list and the recent postponements.

"I think long term what this season will do is make us a lot stronger," Edinburgh added.

"It's made our squad players become first team players and grow up and gain invaluable experience.

"There's been a lot of positives to come out of this season although there has been some tough times."