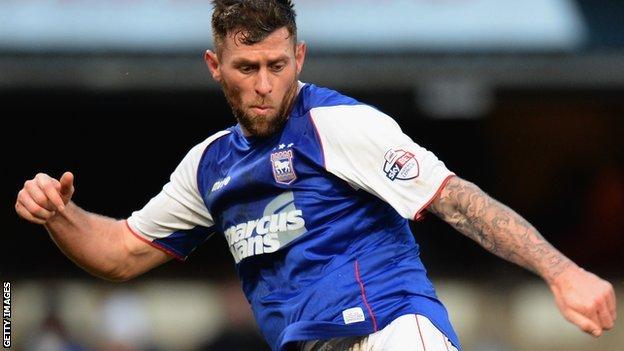 Ipswich Town crept to within four points of the play-off spots with a win over Birmingham City as Daryl Murphy hit his ninth goal of the season.

Murphy had an open goal after being played in by Frank Nouble's cross.

Mick McCarthy's men had not won since 1 February but Birmingham are in greater trouble, having won just two Championship matches in 2014.

They are nine points clear of the relegation zone - but have played three more games than 22nd-placed Charlton.

Birmingham had the better opportunities early on, Lee Novak having the first real chance after a good piece of control, only to shoot wide.

But Ipswich kept at it, Nouble going close himself, before linking with Paul Taylor to set up Murphy.

Nouble's cross was so perfect, it left Murphy at the back post with a clear goal to fire into.

After the break, Ipswich looked to build on their lead, Taylor forcing Darren Randolph into a smart save, before another attempt whistled wide.

Novak missed another opportunity for Birmingham from Chris Burke's cross, before Randolph denied Ipswich sub Paul Anderson with his fingertips.

Ipswich manager Mick McCarthy: "I think it was the right result - just. But I don't think we dominated Birmingham by any stretch of the imagination.

"The top five are clear and Wigan are the favourites for the sixth spot. They are ahead of us and they still have players from the Premier League last season, but we are still in there, scrapping away."

Birmingham boss Lee Clark: "We were a little toothless. We didn't have enough quality. The defence was solid and we stood up to a big physical team in Ipswich.

"We did the ugly stuff well but we didn't do enough when we had possession. We lacked that quality and I don't think we deserved anything from the game."