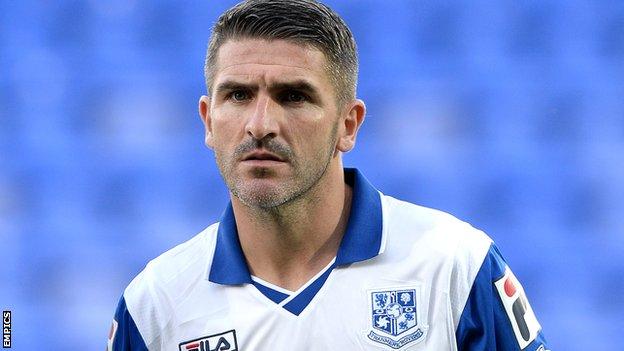 Ryan Lowe's 18th goal of the season rescued a point for Tranmere Rovers as they twice fought back against Oldham.

Oldham dominated the first half and led when James Wesolowski thumped in an 18-yard shot, but a deflected Jason Koumas strike made 1-1 by the interval.

An unfortunate own goal by Liam Ridehalgh put the visitors back in front before Lowe struck.

"First and foremost it was a good performance by us coming to a difficult place and playing some really good football.

"We had the opportunities and a definite penalty in my eyes.

"I think both teams were obviously naturally a bit edgy but I thought the game by both teams was played in a decent manner today on not a great pitch."