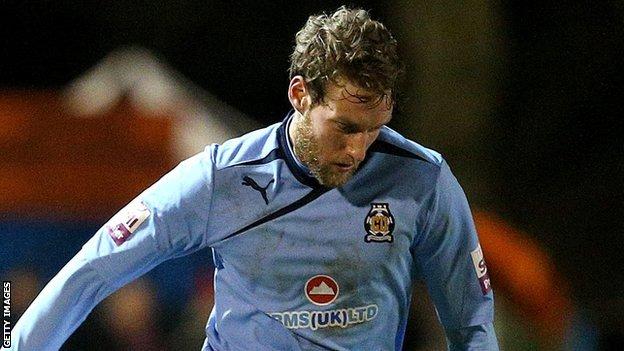 Cambridge United came from a goal down to thrash Kidderminster Harriers.

Anthony Malbon blasted Harriers ahead before Josh Coulson's shot deflected in off Josh O'Keefe to make it 1-1.

Delano Sam-Yorke turned the game after the break, first setting up Ryan Bird to tap in and then lobbing over Harriers keeper Nathan Vaughan.

Luke Berry's penalty, after Cheyenne Dunkley brought down Nathan Arnold, made it 4-1 before Andy Pugh fired in a fifth from the edge of the area.

Cambridge are 14 points behind leaders Luton, but with a game in hand, while the Harriers are four points adrift of the play-off zone with 13 games to go.

"The game was a test for us too, losing a goal. I thought the crowd were terrific, I think they all understood that we were scratching a little bit in that first period but they stuck with us and the team rewarded them.

"It's a step in the right direction and certainly every win helps confidence and we need to go on a run from here and end the season strongly."

"We controlled the game. It's probably the best we've been. So many chances. We looked a threat every time we went forward.

"But we made individual errors. They didn't even have to work for their goals. They were sloppy ones to give away.

"If you gift teams goals, that's what happens. We were appalling in our defending and got punished."