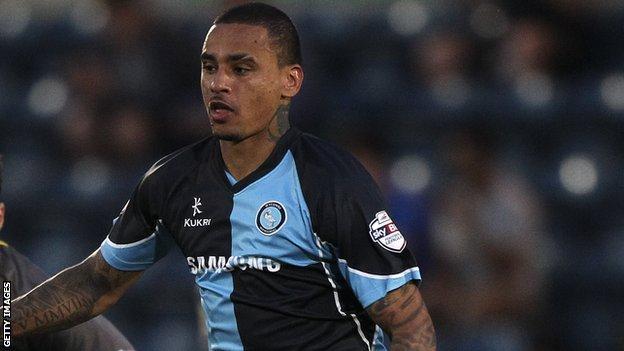 The visitors had the ball in the net after three minutes, but Steven Craig was adjudged to have fouled Robins defender Steve Elliott in the build-up.

Cheltenham broke the deadlock after the break when Byron Harrison headed in Sido Jombati's cross.

But Morgan levelled with a spot-kick, awarded for Elliott's challenge on Jo Kuffour in the box.

Wycombe move up one place to 19th in the table, four points from safety, while Cheltenham - now five games unbeaten - remain 11th.

"At this moment in time we need the three points because we're trying to get close to the play-offs.

"It's been a possibility to do that but now we've lost two points, it's frustrating.

"Because this season hasn't been as good as previous years, we've not got that confidence.

"We need to get it sooner rather than later."