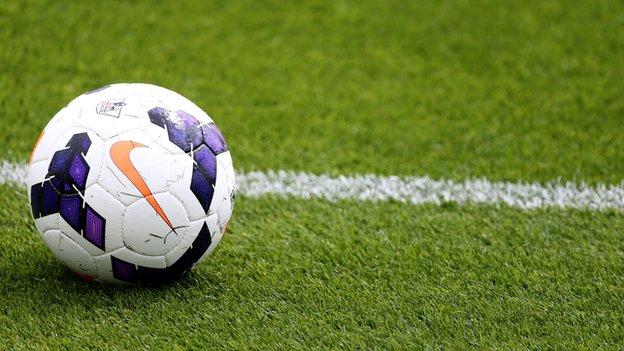 A team from Stoke-on-Trent ended a six-and-half-year, 171-game winless run with victory on Saturday.

Tunstall Town, of the Staffordshire County League Division Two, beat Betley Reserves 3-2 to end a losing streak that dated back to September 2007.

Town only ended a run of 143 consecutive defeats with a 1-1 draw against Whittington in January 2013.

"We were all ecstatic. All the hard work we have put in has paid off, " manager George Day told BBC Sport.

"It's been coming. There's been a lot of games where we have lost by the odd goal in four or five. It's coming together.

Town were also in the news in 2011, not for their losing streak, but for the age of their players.

"Until last season, we were basically a veterans team," added Ford. "Our goal difference was always between about -170 and -200, but last year it was only -70.

"We're phasing the old players out now, there's only one or two left that are in their 40s."

Town have finished bottom of the Division Two table in every season since they joined the Staffordshire County League, but Dan Dwase's goal and an Adam Rose penalty ensured that they cut the gap to second-bottom La Holditch to seven points.