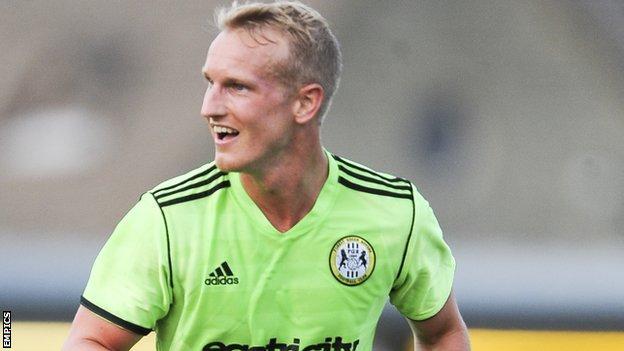 Forest Green Rovers striker Marcus Kelly has signed a new deal to keep him at the Conference Premier club until the end of the 2014-15 season.

Kelly had spells with Rushden, Oxford United, Kettering and Mansfield before joining Tamworth in 2012.

The 27-year-old turned down a contract offer with the Lambs last summer and opted to join Rovers.

He scored a hat-trick on his debut, in the 8-0 win over Hyde, and has since netted five times in 22 games.