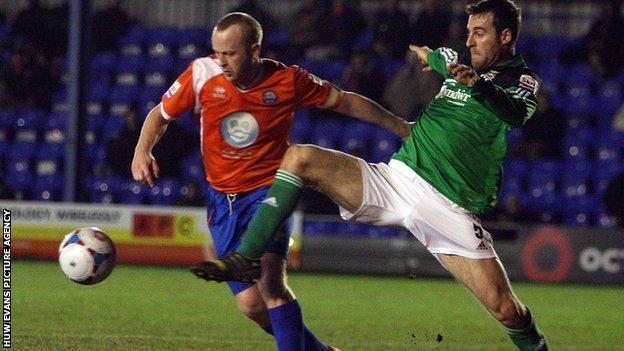 Braintree took a deserved lead when Marks linked well with Holman before he rounded keeper Andy Coughlin to roll the ball into an empty net.

Wrexham made a bright start to the second half and Joe Anyinsah's fierce half volley was saved by Nick Hamann.

Jakubiak came off the bench to make his Braintree debut having joined on a month's loan from Watford.

"It's a tough night for everybody connected with Wrexham. I just didn't see that first half coming, that's not what we've been like.

"I couldn't come up with anything positive at half time, I tried to rattle a few cages. We came out with a little bit more intent but still not enough.

"I'm lost for words in a way - it's hit me and it's horrible. The feeling I've got in my stomach at the moment - it's just sick.

"I'll hopefully try and get a few players in [on loan] ... because it looks as though we might need to."