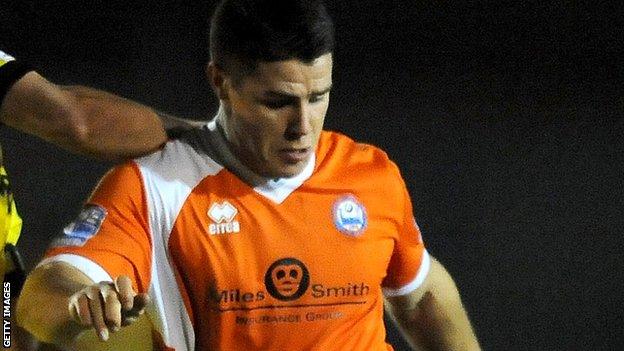 Dave Hibbert got one back 20 minutes from time with a left-foot 20-yarder.

But Braintree held on to secure all three points, climbing above their opponents into fifth place.

Braintree's winning run started on Saturday with a 1-0 victory over Aldershot, before Tuesday night's 2-0 triumph at Welling United.

This was Nuneaton's second straight defeat since Boro boss Kevin Wilkin's departure to join fellow Conference Premier side Wrexham a week ago.

Nuneaton could have been further behind had Bermuda international keeper Dale Eve not made excellent stops on his debut to thwart Kenny Davis and Mulley just before half-time.

Wolves defender Jordan Cranston also made his Boro debut following his arrival on loan until the end of the season.