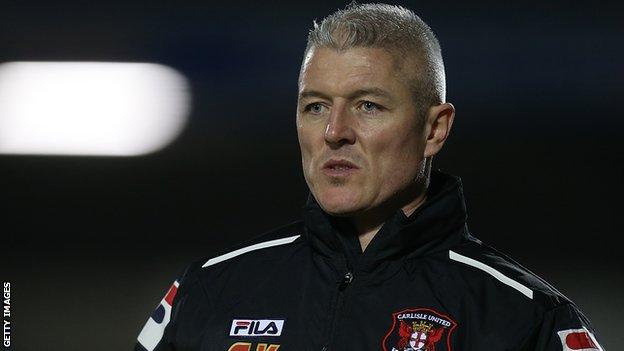 Carlisle's draw at Crawley took their League One relegation fight to the final day, where they must beat Wolves and hope other results go their way.

In a tight first half, Carlisle started like the side with much more to play for, but could not create an opening.

Crawley's Jamie Proctor was sent clean through just after the break, but was too ponderous and saw his effort saved.

Shortly after, Carlisle midfielder Liam Noble went closest to a breakthrough when his 20-yard shot struck the bar.

To have any chance of avoiding the drop, the Cumbrians must become just the third team to defeat champions Wolves on their home patch in the league this season.

If Crewe draw or Tranmere win, Carlisle will be relegated regardless.