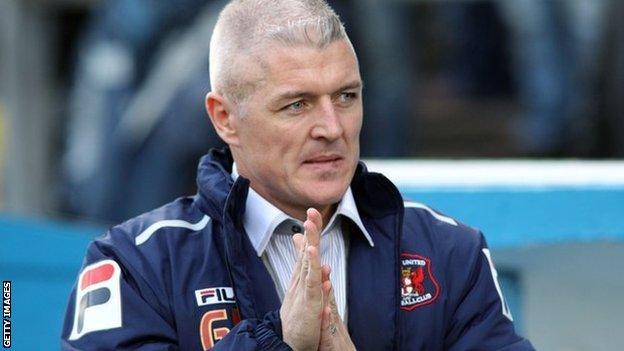 The Cumbrians looked to have secured a point thanks to an overhead kick from Lee Miller on the stroke of half-time.

"The group looked jaded and need a few days off. Late on, some of them were dead on their feet," said Kavanagh.

Since August 2012, Carlisle United have signed 22 players on loan and 12 players permanently.

"That's understandable because the pitches we've trained on haven't been great. It was then a heavy pitch for the game - it's been difficult."

Experienced former Rangers striker Nacho Novo made his debut as a late substitute on Saturday.

"I had hoped to sign someone before the game but his club changed their mind. As a result, we lost the chance to keep Michael," Kavanagh told BBC Radio Cumbria.

"We have four loan players at the moment and really need some help in central defence. There's only Courtney [Meppen-Walter] and Sean O'Hanlon fit.

"With five being the maximum number of loans in a match-day squad, that may have to be the priority now."