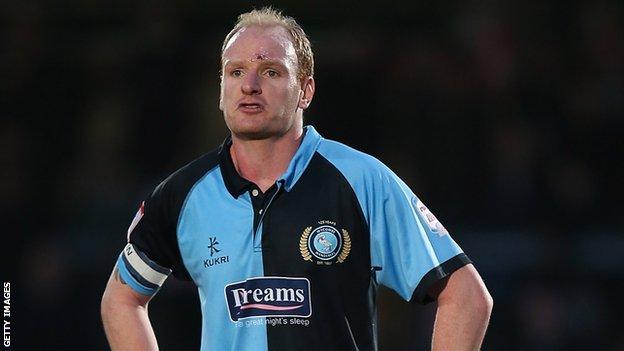 Wycombe's Gary Doherty has received surgery for a displaced and broken forearm and a dislocated elbow.

The 34-year-old defender fell awkwardly 50 minutes into Saturday's 1-0 win over Chesterfield during an aerial challenge with Armand Gnanduillet.

Former Tottenham and Norwich City defender Doherty will need further assessment before a length of absence can be given.

He had played 22 times for the League Two strugglers this term.

Speaking to BBC Three Counties Radio after the win against the league leaders, Wycombe boss Gareth Ainsworth said: "We maybe need to get a few players in because we're light in certain positions."

The Adams Park side are now five points clear of Torquay and Northampton Town, who occupy the two relegation spots.