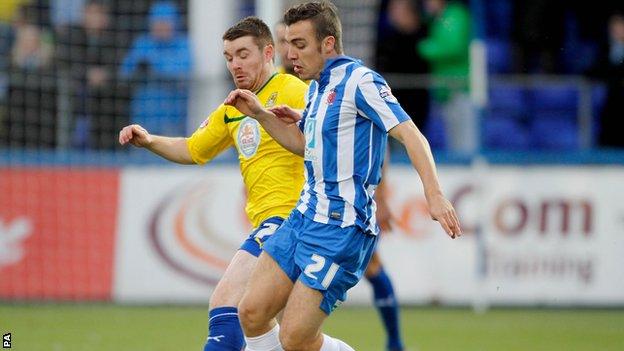 Hartlepool United have confirmed that X-rays show full-back Michael Duckworth did not break his leg in the League Two on Saturday.

The 21-year-old was making his first appearance since but was stretchered off after 11 minutes.

"Michael was scanned in Northampton and that confirmed there was no fracture," said head physio Ian Gallagher.

"But we're keeping him in a protective boot until we have a full diagnosis from our own consultant radiologist."

Duckworth has played 28 times this season after in August.