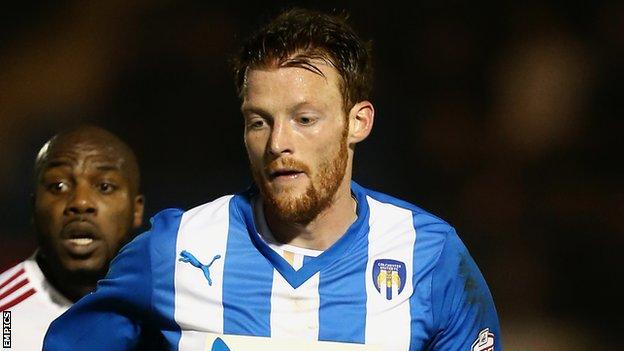 Injured defender Cian Bolger has returned to Bolton after only three days on loan at Southend United.

Bolger, 21, joined the Shrimpers on Friday evening but came off 80 minutes into his debut against York on Saturday with damaged ankle ligaments.

"We're struggling with that centre-back pairing again," he said.

"I've been on to the chairman and the chief executive and maybe we'll get another one in. But I think the answer lies in that building (the training room)."

On top of O'Neill and Bolger's injuries, play-off-chasing Southend are without long-term absentee Julian Bennett, while fellow centre-half Luke Prosser continues to suffer from an ongoing calf problem.

"Cian's put his body through the mangler and it's come out the other end not in too clever a condition," added Brown.

"The same happened with Luke O'Neill 40 minutes into his loan spell and he finds himself crocked and out for 10 or 12 weeks.

"We'd like to thank Bolton and Cian for his efforts and wish him a speedy recovery."