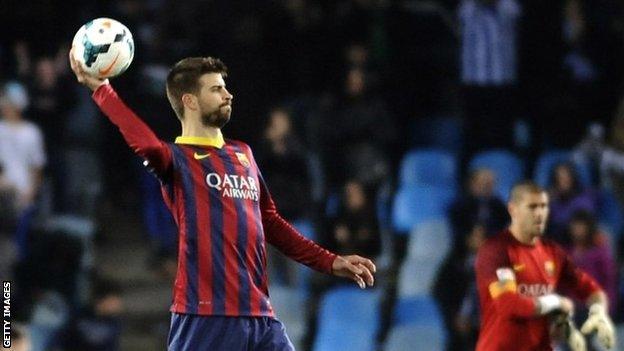 Barcelona defender Gerard Pique is expected to return from injury in time for the Champions League last-16 second-leg tie with Manchester City.

The 27-year-old centre-back has been ruled out for two weeks with a thigh problem suffered during Saturday's 3-1 defeat at Real Sociedad.

Barca host City on Wednesday, 12 March with a 2-0 lead from the first leg.

Pique has played 33 times this season for Barcelona, who are second in La Liga, three points behind Real Madrid.