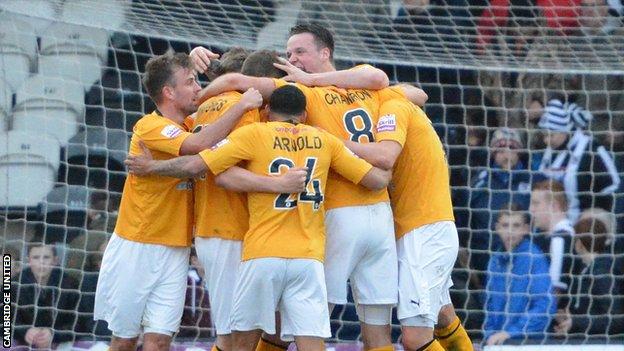 Cambridge United chairman Dave Doggett has said the FA Trophy final at Wembley will stand his side in good stead should they reach the Conference Premier play-off final.

"If we have to go to the play-offs we will have been there once this season and it won't be new to the players."

Cambridge are second in the table and 11 points behind Luton, who occupy the only automatic promotion spot, although the U's have a game in hand.

They will be strong favourites for their first ever Trophy final against a Gosport Borough side bottom of the Conference South.

Add to that gate receipts, with the U's and Borough expecting to take more than 20,000 supporters between them.

"I would think we'll take 10,000. I'm picking the tickets up on Thursday from Wembley," said Doggett.

"Gosport are thinking they will take 10,000 too as they're only 10 miles from Portsmouth and Portsmouth fans might go for a day out. It will be a great atmosphere and we will be favourites for a change."