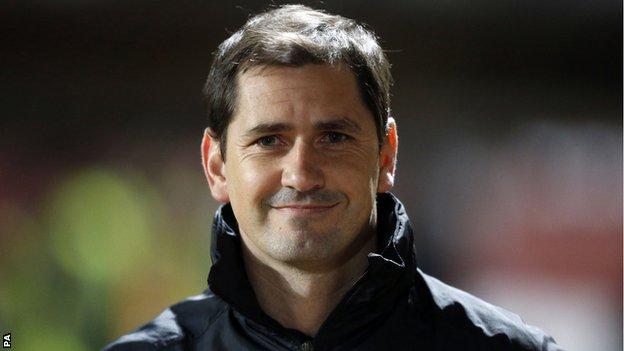 His new deal will tie him to the Scottish Premiership outfit until 2017.

McNamara joined United from Partick Thistle in 2013, securing a top six finish and a Scottish Cup semi-final in his first season.

"I'm enjoying the job more than ever. I'm proud to be United's manager and I see great potential at the club," he told United's website.

United are fourth in the Premiership this season and face Inverness CT in the quarter-finals of the Scottish Cup.

McNamara, who has overseen the introduction of teenagers Ryan Gauld and John Souttar to the first-team, said he is relishing his time at Tannadice.

"My relationship with the board of directors and the chairman is the strongest I have experienced in football and working with the quality players available to me at Dundee United makes the job enjoyable," said the United boss.

"The supporters are excellent and I continue to have a great relationship with them. Signing this extension is one of the easiest decisions I have made as manager."

"The board is excited by the job that Jackie has been doing and his desire to build strong foundations is in line with how we see the club progressing," Thompson added.

"His commitment to developing young players and giving them the chance to prove themselves on the park is creating positivity for the future and, importantly, entertaining the fans.

"Some of the football this season has been sensational and United supporters have shown hunger for his philosophy by buying half season tickets in record numbers and creating a positive atmosphere at Tannadice on match days."