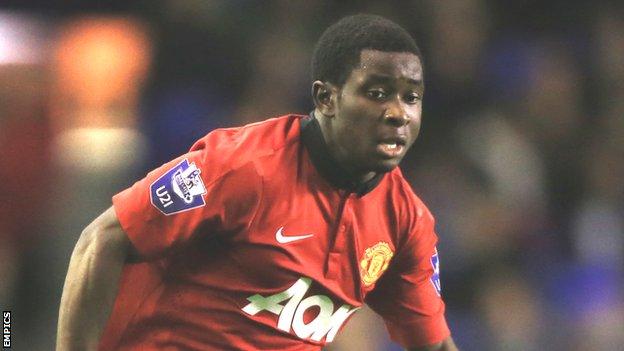 MK Dons have signed Fulham winger Larnell Cole on loan until the end of the season.

The 20-year-old joined the Cottagers from Manchester United in January and played against his former club in the 2-2 draw earlier this month.

Cole, an England Under-20 international, can also play in central midfield or full-back.

"We've been watching him for a while and he's a high-potential player," said MK boss Karl Robinson.

Cole won the 2010-11 FA Youth Cup with United and made one League Cup appearance from the bench before switching to Craven Cottage alongside team-mate Ryan Tunnicliffe.

The Dons are likely to be without Aston Villa loanee Samir Carruthers for the rest of the season with a knee injury.

"We had to react quickly to the Samir injury and he's exactly the type of player I want to bring to the club - a player of quality, a player of note," Robinson told the club website.