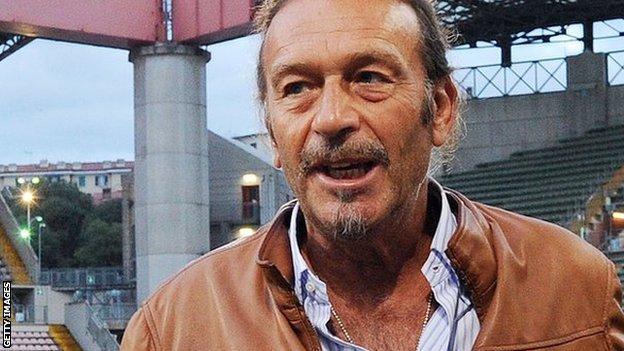 The Football League has said it "remains in discussions" with Leeds United over the proposed takeover of the club by Massimo Cellino.

The 57-year-old Italian businessman exchanged contracts with current owners GFH to buy a 75% stake in the Championship club earlier this month.

However, his purchase remains subject to Football League approval.

The League's board will receive an update on the takeover at their next meeting, scheduled for 13 March.

A Football League statement said it remained "in discussions with both the owners and proposed purchasers of Leeds United, regarding the planned change of ownership".

It added: "To date, a significant amount of the requested information has been supplied by GFH and [Cellino's company] Eleonora Sport, but there are still a number of outstanding matters that will require further submissions from the two parties.

"The board of the Football League is next scheduled to meet on 13 March where it will receive an update on the matter from the League's executive, unless all the remaining issues can be resolved satisfactorily in advance of this date."

Cagliari owner Cellino originally reached a deal with GFH on 31 January and his lawyer, Chris Farnell, told manager Brian McDermott that he had been relieved of his duties, on the same day.

The former Reading manager was then reinstated within 24 hours, with GFH claiming it was still in control of the club.

Leeds are currently 11th in the Championship, seven points outside the play-off places.