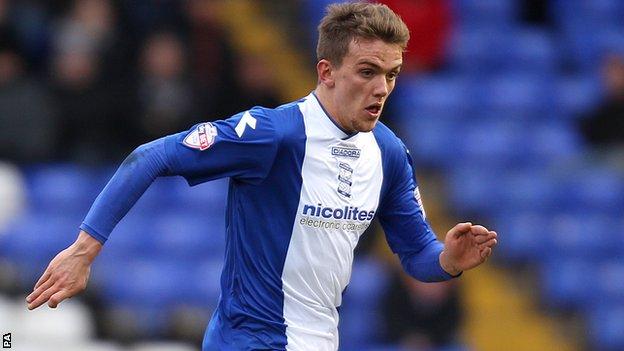 Midfielder Huws, on loan at Birmingham City, has been included for the friendly on 5 March.

Aaron Ramsey will miss the game and Allen says Huws should feature in Cardiff.

"If you can break through into Manchester City's first team, I would say he deserves a chance at international level," Allen said.

Llanelli-born Huws will spend the rest of the season on loan at Birmingham after making his senior Manchester City debut against Blackburn Rovers in January.

Huws, described as a "terrific talent" by Birmingham manager Lee Clark, has been called up to the Wales senior squad for a second time.

Wales Under-21 manager Geraint Williams has challenged Huws to force himself into the senior squad for the Euro 2016 qualifiers, which start in September.

Now we know what group we're in, every single player will want to come and play in these friendlies

Allen, the former Newcastle United and Norwich player who won 14 caps for Wales, believes the friendly against Iceland at Cardiff City Stadium will be the perfect opportunity to hand Huws his debut.

"We know the quality Manchester City possess in their squad, so he's got some ability," Allen told BBC Radio Wales Sport.

"I've seen him play more than once. He's very, very tidy, doesn't give the ball away and doesn't mind getting his foot in at times.

"For me, for a young lad he reads the game very well and starts off attacks. I think he would fit into the style Wales are playing very, very well."

Wales will begin their Euro 2016 qualifying campaign away in Andorra in September and will also face Bosnia-Hercegovina, Belgium, Israel and Cyprus in Group B.

Coleman's side will prepare for the qualifiers with friendlies against Iceland and away to the Netherlands in June.

Allen believes the Welsh players will use the two friendly matches to impress manager Coleman ahead of the qualifiers.

"Now we know what group we're in, every single player will want to come and play in these friendlies," Allen said.

"Every single player will want to stamp his authority to say 'this is my place' when the campaign starts in September.

"Looking at that group you would be relishing this challenge of going into these games against these teams.

"I truly believe that this is the best opportunity for years that we have got to get through."