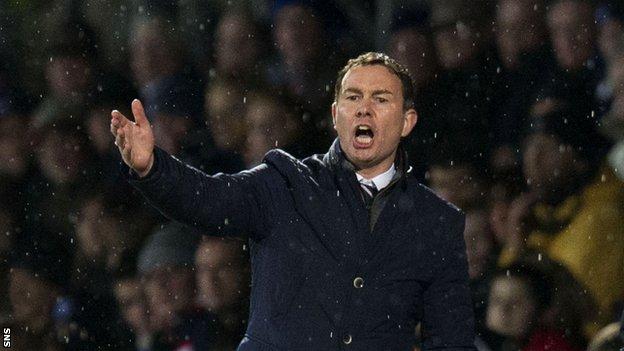 County fell behind to an early David Raven goal and Inverness secured victory with further strikes by Billy McKay and Marley Watkins.

"Take nothing away from Inverness I thought they were excellent. We've lost three bad goals," said Adams.

"We haven't really been able to get ourselves back in the game after losing that early goal."

Adams said Inverness were stronger in the derby at Victoria Park and capitalised on County's mistakes.

"We didn't do enough in the game to win the game, Inverness were strong and powerful," added Adams.

"We've probably got a younger side than they have, we've got less experience in derby matches and that showed.

"But take nothing away from Inverness, they deserved to win the match and won it convincingly in the end."