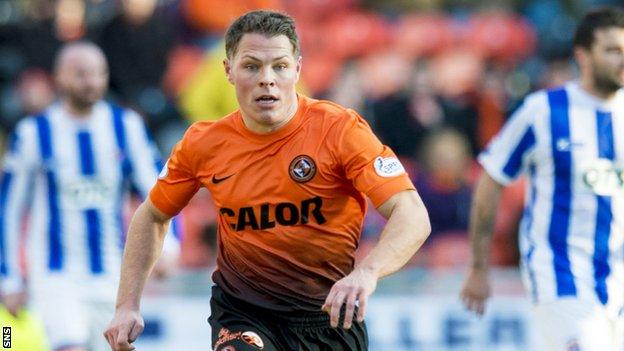 Dundee United midfielder John Rankin has signed a new two-year deal to keep him at the club until 2016.

Rankin, who signed from Scottish Premiership rivals Hibs in 2011, has established himself in Jackie McNamara's starting line-up.

"The last three seasons have been the most enjoyable period of my career," Rankin said after agreeing the deal.

"I see the potential here right now and I want to be a part of that. There's a positive vibe around Tannadice."

Rankin has made 117 appearances for United, scoring nine goals during his time on Tayside and believes the club can improve further.

"We have shown progress over my time here and I think we are now ready to go to the next level," he said.

McNamara, who this week also signed a new deal, is delighted Rankin has extended his stay.

"John wanted to stay here and continue to enjoy his football and we are delighted with the job he is doing," said the United boss.

"We want our young players to learn good habits and both on and off the park John leads by example.

"He is a fans' favourite and securing his extension shows the fans we are intent on keeping our players and taking the club forward. The fans will be thrilled with this news and I'm delighted that he will be part of my squad for a further two seasons."