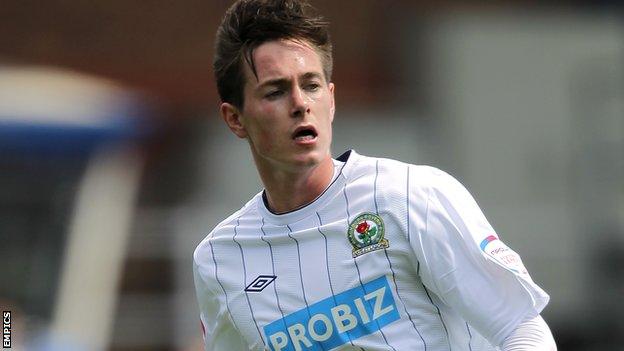 Morris, who can play at left-back or on the left side of midfield, made his debut as a second-half substitute in Tuesday's 4-0 home defeat by Plymouth.

"I've been on the bench a lot at Blackburn and not played," the 22-year-old told BBC Radio Lancashire.

"I'm at a stage of my career where I need to play as many games as I can. It's a great opportunity."

Morris has played 22 times for Blackburn and also had loan spells with Yeovil, Rotherham and Carlisle.

Meanwhile, Fleetwood manager Graham Alexander was extremely upset as his side lost more ground in the battle for automatic promotion from League Two.

"I'm a realist and a professional, and getting beaten 4-0 isn't good enough," Alexander said, whose side are currently sixth in the table.

"Before I look for any positives out of that, I have to confront the negatives.

"There's a difference between playing and competing. We played, but I don't think we competed.

"That's the worst feeling I've had all season. I'm really disappointed. I'm not clever enough to come up with a better word than 'disappointed' that isn't a swear word."