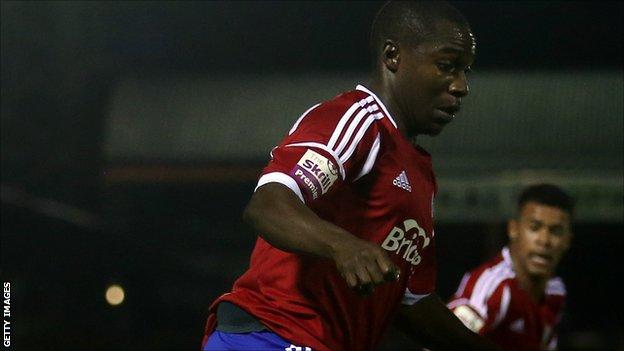 Aldershot bolstered their survival chances with a shock away win over play-off chasers Alfreton.

The Shots doubled their advantage when Mark Phillips headed home Mark Molesley's cross before John Akinde pulled one back for the hosts.

Manny Oyeleke's neat finish from close range made it 3-1 and Molesley sealed it with a low drive from 18 yards.

The result means Aldershot are one point from safety while Alfreton are a point off the play-off places.

"You've got two teams in different scenarios. One needing points to get into the play-offs and one wanting to stay up.

"If I say they wanted it more than us, that might be a little bit harsh, because I do believe that our players do want it.

"But to give them some credit, they've come here and shown they are a good side and I'm sure they wouldn't be where they were if they played like that every week."

"We kept going and that's what we wanted but we had to move the ball well to do that and it all came together lovely. It was a really good team performance, where everyone played their part.