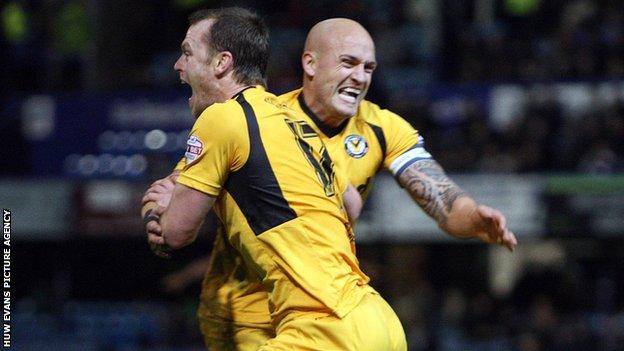 Newport County will not offer new deals to captain David Pipe and midfielder Michael Flynn at the end of the season.

It is understood the pair were five games away from triggering an automatic contract extension but had agreed to waive the clause to allow them to see out the season.

Manager Justin Edinburgh confirmed the pair will not be given new deals.

Edinburgh said both players remained in his plans even though they would be leaving at the end of the campaign.

"Both have agreed to take that clause out of their deals and both of them could play at the weekend, they are still very much involved," Edinburgh told the South Wales Argus.

"And in the interests of clarity, this is 100% my decision and absolutely nothing to do with any of the directors'."

Flynn, the 33-year-old former Wigan and Blackpool player, returned to Newport for a third spell in July 2012.